Queens is one of the five boroughs of New York City, and while it’s not as densely populated as Manhattan, with a population of 2.3 million, it can hold its own. If Queens were a city, it would be ranked fourth-largest in the U.S., ahead of Philadelphia and Chicago. The home base of the Mets, and the US Open Tennis Tournament, Queens has lots to offer.; 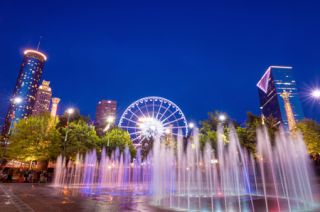 We took things like crime, demographics, diversity, transportation, and attractions in account when determining the best neighborhoods. According to AddressReport.com, Queens overall has a 20% lower crime rate than the national average, although expenses are 47% higher than the national average. Let’s take a closer look at the best neighborhoods in Queens (in alphabetical order).

One of the oldest areas of Queens, Astoria was originally known as Hallett’s Cove and was established in 1652. Located in the western part of Queens and bounded by the East River.

Astoria was renamed after John Jacob Astor as an encouragement to invest some of his significant millions in the area before he made a bad decision to board the Titanic, which didn’t end well for him (or his fellow passengers).

Now an eclectic mix of old and new, in 2019, it was named one of the “10 coolest neighborhoods in the world” by Time Out. Niche.com gives Astoria an overall A rating, with A+ for nightlife, A for diversity, outdoor activities and health and fitness, and A- for good for families.

It’s the home to the Museum of the Moving Image, a must-see for any movie buff. Astoria is also the Greek capital of NYC, with amazing Greek food that you can enjoy when checking out the view from the banks of the East River looking towards Manhattan.

Eighty-four percent of Astoria residents rent, and with a median housing price of $772,000, that’s understandable. Lots of young professionals call Astoria home, but only 16% of the residents have kids.

The 114 precinct of the NYPD encompasses Astoria. It reports a 54% increase in burglary over two years and a 42% increase in robbery. That being said, in 2021, burglary year-to-date had three reports, grand larceny had 12 reports, and there were 13 assaults. Niche gave Astoria a C+ rating for crime.

A typical commute to downtown NYC from Astoria is an 11-minute subway ride, a 7-minute train ride or, in theory, a 15-minute car ride.

The closest location to Astoria is our Long Island City location on Starr Ave.

Forest Hills is bound by the Jackie Robinson Parkway, Grand Central Parkway, part of the I-95 and Selfridge St. It’s the destination of choice for tennis enthusiasts as Forest Hills Stadium was the original home of the US Open Tennis Championships, one of the four major tournaments (the other three are the French, the Australian and Wimbledon).

Niche gives Forest Hills an overall rating of A, with high marks for outdoor activities, since Forest Park has 538 acres of nature, hiking and walking trails and other attractions.

Forest Hills also received high marks for being family-friendly, offering lots of health and fitness opportunities, great nightlife and diversity. With a median household income of $90,000, many of the locals have at least some college, which is good because rent and housing are pricey, with median rent falling just under $1,800, and house values averaging $510,000.

A typical commute to downtown NYC is an average 20-minute subway ride, 40-minute bus ride, or in theory, a 15-minute car ride, but traffic is anyone’s guess!

Jamaica Estates is located in the northern part of Queens and is one of the most affluent neighborhoods. It was established in 1907 to be an enclave of New York’s rich and famous and is the former childhood home of the 45th president of the United States.

According to BrickUnderground.com, when Jamaica Estates was developed, strict building codes permitted only “one-family, two-story detached homes built on a minimum of two lots.” Building style is modeled after an English village with lots of Tudor influences, and some of the trees are 200 years old.

Fifty-six percent of residents in Jamaica Estates own their own homes, and Niche gives the community an overall A rating, with high marks in nightlife, diversity, health and fitness and good for family and outdoor activities. Median home values are $683,000, although the landmark historic mansions will set you back a few million.

Crime rates in Jamaica Estates are lower than average. NYPD tends to pay attention to calls from this zip code since some residents may have the mayor on speed-dial.

A typical commute to downtown NYC from Jamaica Estates is a 30-minute subway ride, a 1-hour bus ride, or in theory, a 20-minute car ride unless the limo driver knows the shortcuts.

Most of Kew Gardens was originally owned by Englishman Albon P. Man, who developed the area in 1868. It’s bound by the Union Turnpike and Jackie Robinson Parkway, Forest Park, 131st Street, and is considered central Queens.

Maple Grove Cemetery, established in 1875, includes a memorial to 21 people buried in the graveyard after the 9-11 attack on the World Trade Center and is also the final resting place for R&B artist Lavern Baker.

With an A+ from Niche for nightlife, health and fitness and diversity, and an A in the good for families category, Kew Gardens is a popular spot for young professionals with a median income of $73,000. Sixty-three percent of the locals rent, and a median rental cost of $1,500 makes it slightly more affordable than Forest Hills.

Crime was graded B-, with assaults, burglary and theft being the most frequently reported. According to CrimeGrade.org, Kew Gardens falls within crime rates for an average U.S. city.

A typical commute to downtown NYC from Kew Gardens is an average 30-minute subway ride, 1-hour bus ride, or in theory, a 20-minute car ride. A cab ride will cost you about $75 to $95 and a couple of years off your life.

There are lots of options to choose from when deciding to move to the borough of Queens. If you need a place to keep your valuables safe or you need more space for your stuff, check out our Self-Storage locations near Queenshttps://www.storagepost.com/locations/new-york/queens.